St. Patrick’s Day, on 17th March, is the one day a year where everyone is a little bit Irish. St. Patrick’s Day is celebrated all over the world, and for many, it’s a day to relax and drink, whether it’s Guinness or just other green beer served at the bar. Many think St. Patrick’s Day is just about wearing green, drinking, and dealing with the hangover the next day. However, there are probably some things that many don’t know about St. Patrick’s Day.

Below is a list of ten things about the special day celebrated on March 17 of each year:

1-Saint Patrick is the patron saint of Ireland, he died on 17th March 460 AD, and every year, on this day, Ireland and many other parts of the world celebrate it. St. Patrick was not Irish, he was from Wales.

2-St. Patrick introduced Christianity to Ireland, first he had to make the people understand the Holy Trinity- the Father, the Son and the Holy Spirit – that make up one God. He drew an analogy by taking a shamrock from the ground ad show that the three leaves were together on the same stem. 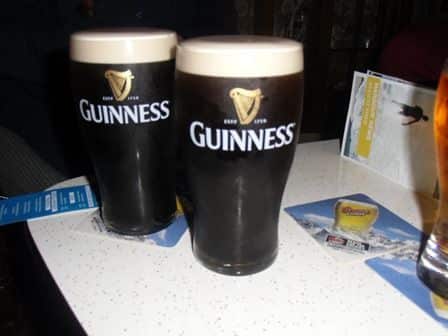 3-One of the many legends surrounding St Patrick is that he drove the snakes from Ireland. Snakes were a symbol of paganism, therefore the legend explains that he expelled paganism from Ireland.

4-The shamrock is Ireland’s national emblem and is traditionally worn on St. Patrick’s Day. The shamrock is considered a good-luck symbol by many people worldwide.

7-Wearing green on St. Patrick’s Day is supposed to stop you from being pinched.

8-The first St. Patrick’s Day parade was held in Boston in 1737, not in Ireland.

9- Many North American people have Irish roots, and St Patrick’s Day is a popular celebration there. The Chicago River is dyed green on St. Patrick’s Day and some American pubs even serve their customers with green beer.